On Tuesday 21 January 2020 in the Bahari Room of the Weston Library a capacity audience enjoyed an unusual Georgian Programme event – a combined exhibition, seminar and screening on the themeof ‘Shakespeare in Georgia’. The concept was proposed by Prof. David Maziashvili, a Georgian Programme Visiting Fellow, with the cooperation of Mariam Aleksidze, Artistic Director, Tbilisi Contemporary Ballet. The proceedings were opened with an address by HE Mrs Tamar Beruchashvili, Georgia’s ambassador to the UK, hailing the event as one of the first in the ‘Georgia in the UK Year 2020’, and praising Oxford’s Georgian Programme for its innovative exploration of Georgian studies. 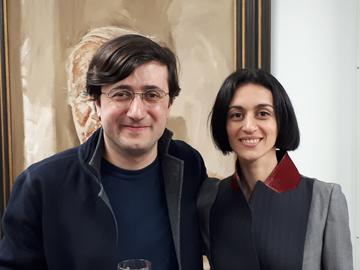 Dr Gillian Evison, Keeper of the Oriental Collections, Bodleian Library, led viewers through the exhibition of rare photograph albums and printed books from the Wardrop Collection. Of great interest were the early photos of translators of Shakespeare into Georgian from Marjorie Wardrop’s archive. Posters of famous productions of Shakespeare’s works from the late-Soviet and post-Soviet eras were on display, part of a collection of Georgian Shakespeariana donated to the Bodleian by Prof. Maziashvili. He put these in context with a short seminar paper on the history of Shakespeare’s translation, reception, and stage and screen productions in Georgia from the 18th to the 20th centuries.

Two screenings capped the event. The first was a short documentary interview with Thelma Holt CBE reminiscing about the 1980 Rustaveli Theatre tour of ‘Richard III’ in London, shot by Maziashvili. This fascinating reminder of the freshness of the late-Soviet Tbilisi theatre scene was followed by a screening of Aleksidze’s 2016 ‘Shakespeare. Love’ – a stunning contemporary ballet on Shakespearian themes with readings by Alan Rickman and Sir John Gielgud. The event demonstrated not only the enduring links between British and Georgian culture but the universal appeal of William Shakespeare’s works across centuries and great distances. 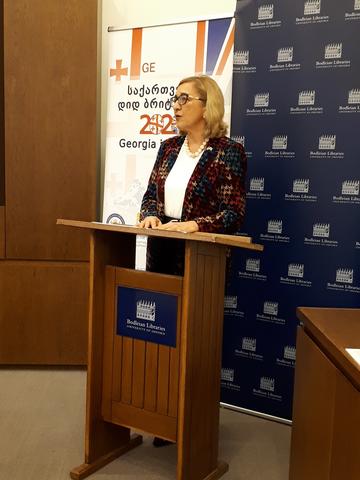