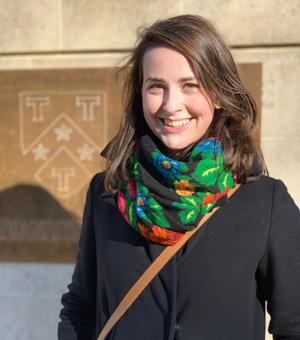 After completing her MPhil Ali worked in government as a researcher and analyst, focusing on human rights issues in the former Soviet Union, and then covering the outbreak of civil movements in Ukraine, the annexation of Crimea, and the war in Donbas. From 2015 to 2017, she held a Marie Curie Research Fellowship as part of a consortium investigating BRICS countries’ foreign policy, based between the BRICS Policy Centre in Rio de Janeiro and St Petersburg State University.

Ali is now a senior manager at Dataminr, a global AI business that helps organisations detect emerging events and risks in real time. She is also a Trustee with the BEARR Trust, an NGO supporting grassroots initiatives and civil society organisations in the FSU.