I started the MPhil in REES in October 2018, after completing a BA in Modern Languages and Cultures (French and Russian) at Durham University. I was eager to build on my knowledge of Russian culture and literature and take it a step further, getting to know contemporary Russian affairs. The REES course was a clear winner for pursuing this goal and was on my radar for a long time before I made an application. I had to think hard about choosing the MPhil over the MSc due to financial constraints, and in the end decided to go for the former, to be able to go into more depth on disciplines of my choosing and to simply get more out of all the wonderful opportunities available at Oxford. I am very happy with my choice, and I would not have wanted to leave after just nine months!

The course takes a holistic approach towards studying the region. During the first year of the MPhil, we studied Soviet history, and the politics, international relations, economics, and sociology of post-communist countries, together with Russian language and quantitative and qualitative research methods. While being very intense, this comprehensive approach was necessary, as each discipline informed the others. Moreover, although I had initially only studied Russia, I have developed a keen interest in other areas, especially Southeast Europe and Central Asia, thanks to the breadth of the course. In addition to the core courses, the department organises a number of other talks and seminars to enrich your experience. Having come from an arts and humanities background, I was not focused on any specific discipline within the social and political sciences, and I greatly benefited from being able to try a variety of different things before settling on what interested me the most.

While the first year gives you a good cross-disciplinary overview of the region, the second year is when you get to focus in more depth on chosen themes or disciplines. After the first year, I discovered that I was most interested in politics and international relations—having never studied them before—and pursued those disciplines further in my second year, taking the following modules: Politics of Authoritarian Regimes, and Russian Foreign Policy and International Relations. While the breadth of the degree will give me many options in the future, being able to focus on international relations in second year has reinforced my desire to pursue foreign policy analysis as a career. Moreover, while the first year is very intense and can get a bit overwhelming, the second year offered a little more breathing space and an opportunity to spend more time focusing on a narrower range of topics, improving your Russian language skills, and enjoying Oxford.

One aspect of the degree which benefits greatly from the second year is the thesis. I decided on my topic early during the first year: identity issues among migrants from the former Yugoslavia living in Switzerland. This region only featured briefly in my 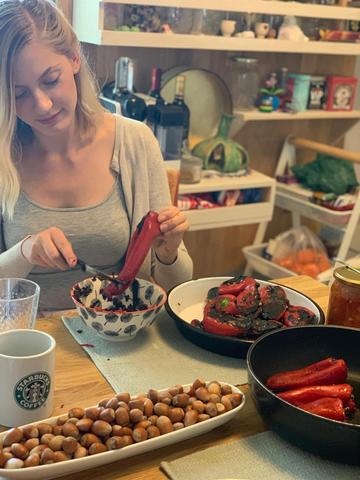 other modules, so I was glad to learn independently about its history and culture, both of which fed into questions of identity. I was able to spend the summer of 2019 in Switzerland, conducting in-depth interviews and participant observation, developing skills which will no doubt be extremely useful in my future career. By choosing the MPhil over the MSc, I gave myself a lot more time to think about my research design, collect data, and then analyse it. After completing my fieldwork, I spent at least six months analysing my data and re-shaping my research question to fit my findings, in the end focusing on those things which I hadn’t anticipated prior to my fieldwork: the use of Orientalist and Balkanist discourses in portrayals of the ‘East’ and the ‘West’ among my participants. Reading about these theories also ended up enriching my understanding of international relations, to which they can be applied.

Being a student of Russian and East European Studies at Oxford is an extremely enriching experience, teaching you more than you would probably imagine in such a short period of time. The department is very committed to your education and the staff do their best to provide you with opportunities to expand your horizons. To anyone who is unsure about choosing between the MPhil and the MSc, I would wholeheartedly recommend the former—it simply gives you more time to specialise, make the most of the opportunities available, and enjoy living in the wonderful city of Oxford. 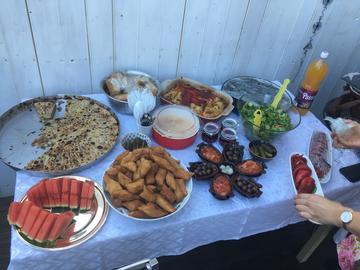