Dr Makovicky and Prof Kościańska (University of Warsaw) have received AHRC funding for Gender Wars: East and South, an international interdisciplinary network of scholars and an artist focusing on gender and sexuality across Latin America and Central Eastern Europe in a comparative, cross-regional perspective. Its purpose is to bring together disciplinary expertise, area-based knowledge, and local know-how to shed light on how different institutional, religious, and cultural histories in and across these regions have contributed to the development of the contemporary backlash. 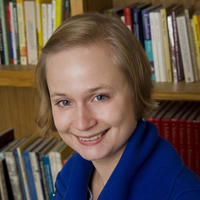 Across a series of workshops, roundtables, and artistic interventions hosted by academics at network hubs (University of Oxford, Central European University, Federal University of Bahia, University of Amsterdam, University of Brasilia, University of Warsaw), Gender Wars aims to document the similarities, differences, and connections between "anti-gender" movements across the two regions by harnessing the specialist, area-based knowledge and local contacts of network members. It will expose the role of art in critically interrogating and resisting anti-gender movements in Latin America and Central Eastern Europe and integrate artist-led practice in the facilitation, recording, and dissemination of inter-disciplinary dialogues.